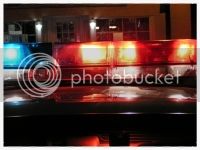 It was 1:14 p.m. when Lizette Nazario, a passenger in a 2006 Chevrolet van that had been traveling south, was pronounced dead, authorities said.

The van, owned by Elite Transportation of Pennsauken, was hit head-on by a northbound 2015 Dodge Ram pickup truck which appeared to have crossed into the opposite lane, said authorities.

The Dodge is owned by VFI Fabricators of Williamstown, authorities said.

The driver of the Dodge, Alfred Fabrico Jr., 47, of Williamstown, and the driver of the van, Wilson Siner III, 29, of Haddon Township, each suffered non-life-threatening injuries and were sent to Kennedy University Hospital in Washington Township, said authorities.

Fries Mill Road was closed and traffic detoured for about four house.

An autopsy was scheduled for Tuesday for Nazario.

The collision is being investigated by the Gloucester County Prosecutor's Office and the Washington Township Police Department.