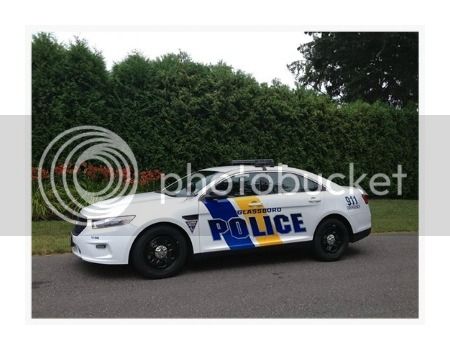 GLASSBORO — Police responding to what they thought was a medical emergency at about 1:30 am. Monday, Oct. 20, found themselves struggling with a man trying to punch an officer.

When officers arrived at the South Delsea Drive residence, they were sent to the rear, where the subject was believed to be unconscious, police said.

Officers found Joshua Anderson, 23, of Glassboro, lying on the ground, trying to get up while others advised him to lie down, said police.

When the officers approached, Anderson allegedly tried to punch one of them and a struggle ensued.

After officers subdued Anderson, they were told he’d allegedly smoked marijuana and became out of control. screaming religious statements, punching a hole in a wall, physically fighting with friends, running through  a glass door and slamming his head against the window of an adjacent building, police said.

As officers tried to get Anderson situated on a stretcher so he could be placed in an ambulance, he allegedly grabbed and tried to take an officer’s handgun, said police.  After another struggle, Anderson was handcuffed to the stretcher and transported to Kennedy University Hospital in Washington Township for treatment, police said.

Anderson was charged with two counts of aggravated assault on a police officer and attempting to disarm an officer and was committed to the Salem County Jail in default of $5,000 full cash bail, said police.