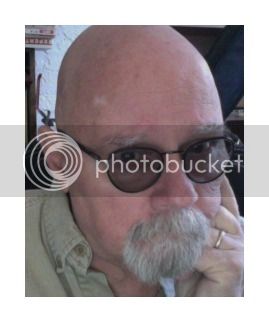 “Signs, signs, everywhere there’s signs” is how it went.

I am so damned tired of labels.

Everybody, everything, every action, every opinion, has to be labeled. The best I can figure is labels must be a necessity for people who cannot think for themselves.

Over the years writing a column, every time I took a president to task, it was because I was a Republican/Democrat (pick one.)  And on and on and on.

No one seems to get it, that we are able to dislike someone, or make fun of someone, or criticize someone’s actions without there being a political agenda behind it.

Maybe I dislike things the president does, or things he might say, or some policy. Heck, even if I flat out just disliked the president, it does not mean I am a rapid Republican. Sometimes not like a public official means just that, nothing more. And just because I do not like such a political figure, I don’t especially like another politician better.

Back in the mid-1960s, during the most recent Great Folk Scare, even folk music lovers created labels.

Traditionalists versus Commercialists. Joan Baez and Pete Seeger were considered traditional folk singers. The Kingston Trio and Peter, Paul & Mary were not. No, I’m not kidding. There were actual heated debates and battles of the written word about this nonsense.

In my journalism career, I have gone out of my way to be about as objective as it gets. Still, now and then there would be people who insisted I was Republican, Democrat, liberal, conservative or just an idiot. More labels.

Years ago, in Deptford Township, a gadfly who was a little off-kilter would spout gibberish at every council meeting.

One night, during a break, this character stood yelling at me in a crowded lobby in the municipal building that I was just a puppet for the administration because I never printed anything he had to say.

I answered, at the same volume, that I never printed anything he had to say because he never said anything important enough to be in the newspaper.

Oh, and told him if he kept harassing me, I’d walk a few feet into the police department and file a complaint against him. (I never have been the timid type, if you’re labeling me.)

Some still try to pin the same old labels on me for things I do or say..

In life, journalism or music, labels are generally inaccurate.