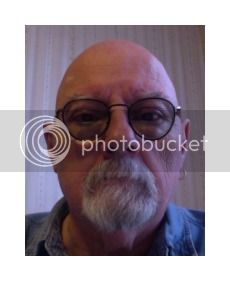 I’m sure you’ve heard me mention my hand surgeon, Tom Stackhouse, more than once in this column.

He has eased my pain and discomfort by performing carpal tunnel syndrome surgery on my right hand and a similar release operation on my left elbow.

He’s also the guy I query when I have some hand/arm problem I think might be connected to my guitar playing, since he plays himself. In fact, he once had me schlep my Martin D-35 all the way to one of his offices in Marlton so he, ostensibly, could observe how I use my arms and hands when I play. Ha! He just wanted to see the guitar and give it a short test drive.

Tom has, on occasion, graced me by sitting in with me. Those times must have been stressful for him, because I play songs he mostly didn’t know and I know, from sidemen and sidewomen who have done so, I am hard to follow, musically. It’s not that my material is so advanced and complicated. It’s just that I don’t follow the usual rules of music, apparently.

Tom has, for a few years now, played in a group called Ong’s Hat Band. It’s named for a hamlet in Burlington County.

But now, Tom’s creative juices were in danger of overflowing, so he drained them into a brand new CD album called “Tragedy, Mystery, Hope.” (You can buy it from iTunes, CD Baby or Amazon. Just search for the title or Tom Stackhouse.)

I don’t have all the details of the album, because once I imported it onto my computer, my Closest Companion has been listening to it in the truck.

There are 10 songs on TMH, as I have called it.  Each is quite different musically from the others, but they have a couple of things in common.

All the songs are about the New Jersey Pine Barrens. While he was recording the album, Tom told me he planned to called it “Tales from the Bark Side,” but he obviously thought better of that.

And while his musical influences are all over the place, make no mistake: These are folk songs, or at least, songs in the folk tradition. They tell stories, great stories, in great detail about the people and places in the Pines.

“Bog Iron and Glass” tells a story from an outsider’s point of view: “I’m a man from the city with a family and home and my work doesn’t call for hard muscle and bone, but my love for my wife and my children will last. It’s as strong as bog iron and clear as the glass.”

He uses an usual vehicle to compare his unrequited love with “Blue Comet,” a steam locomotive that ran to Atlantic City but went off the tracks in 1939. “Just like the old Blue Comet, my love it did derail.”  And he tells this story to the sound of a pure swing tune.

There’s “Aztec Eagle,” a Latin sound about an airplane, “Hat in a Tree,” a cross between old timey music and a children’s song about the origin of Ong’s Hat, and with blues notes bent so hard you think they might never stretch back, “Doctor of the Pines” tells the take of James Still.

“Mrs. C”, sounding a lot like a Broadway tune, tells a tale of what might have been a perfect crime, the disappearance of a Burlington County woman.

“Mother Leeds: is a kind of slow, dirty swamp groove recounting the tale of the mythical mother of the Jersey Devil, who had the head of a horse, the wings of a bat, cloven feet and forked tail.

This song mentions some 1909 sightings of the Devil in Woodbury and Bristol. I’ve read some of those short newspaper articles myself — in some cases, there were tracks in front of a hotel in Woodbury, then the next morning in Salem City.

“Whitesbog” is a very folkie tune about a family picking cranberries and “White Stage,”  the most rock-and-roll number on the album, is a scary song about a hunter coming face to face with  a gigantic stag with “antlers like a rack of iron.”

If there’s something wrong with your hand, I recommend Dr. Thomas Stackhouse. If you’re just aching for some good-sounding music and some folklore about the region in one package, take Tom Stackhouse’s “Tragedy, Mystery, Hope” and call me in the morning.