WOODBURY — A 32-year-old Deptford man w as sentenced to six years in prison Friday for sexually assaulting a girl under 16.

Eric D. Clason pleaded guilty to the sexual assault, which took place in Deptford on June 30, 2012.

Read more: Deptford man to serve 6 years for sexual assault on girl under 16

WOODBURY — A Monroeville man was denied reduction of his $50,000 bail Friday on charges he crashed a vehicle he allegedly carjacked into a Pennsylvania State Police car that had pursued him into Gloucester County on Oct. 18.

The crash on Glassboro Road in Wenonah with Scott J. Allen, 45, at  the wheel, allegedly also caused damage to private property and a county road sign, authorities said.

CAMDEN – A Franklinville man was arrested Friday by federal agents of the U.S. Postal Inspection Service – for the second time this month – for allegedly mailing fraudulent invoices for non-existent advertisements to colleges and trade schools throughout the United States.

According to documents filed in this case:

Read more: Franklinville man arrested again for mail fraud while out on bail on first charge

HARRISON TWP.  — A  Washington Township man already charged with setting a fire in a vacant Harrison Township house on Oct, 16 now faces the additional charge of setting a fire that caused injury to a firefighter.

Michael T. Keating, 30,  appeared at a bail hearing Friday, Oct. 24 and was served with the additional charge, authorities said.

Keating, a furloughed employee of the federal Internal Revenue Service, was initially charged with aggravated assault and burglary when he was arrested at his home the night of the fire.

PITMAN — Twenty-six people were arrested as the result of a month-long drug investigation, including nine alleged drug dealers.

Started in September, the investigation centered on heroin in the borough,  according to Police Chief Robert Zimmerman.

The investigation was wrapped up earlier this week, after two residential search warrants, a vehicle search warrant and a body warrant were executed, Zimmerman said.

Charged as drug dealers were:

Jennifer Harris, 37, of Mullica Hill, for distribution of controlled dangerous substances, including marijuana, pills and methamphetamines.

Kevin Osterheldt, 22, of Washington Township, for distribution of CDS/suboxone. 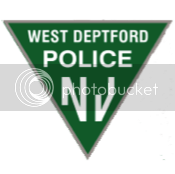 WEST DEPTFORD TWP.
— On Oct. 10, Lititia A. Shelley, 29, of Clementine, was arrested on Interstate 295 on outstanding warrants and was additionally charged with hindering her own apprehension. She was lodged in Salem County Jail in default of an unspecified amount of bail.

— Dijon P. Rhodes, 20, of Woodbury was arrested Oct. 12 on Red Bank Avenue on outstanding warrants and was charged with possession of marijuana. He was committed to the Salem County Jail in lieu of unspecified bail.

— John N. Perian III, 32, of Paulsboro was charged with shoplifting from the Family Dollar store on Route 45 on Oct. 12. He was served with a complaint summons and released.

On October 13, 2014 the subject in the video below, along with an accomplice, burglarized a home on Cole Mills Road. Anyone with any information on this burglary or if anyone is able to identify this subject please contact Detective Jules Maiorano at 856-728-9800 ext. 236.

GLASSBORO — This is the murder case that confounds and mystifies the public and law enforcement, as well — seven years after it occurred, the murder of Donald Farrell III remains unsolved.

The 19-year-old Rowan University sophomore was killed Oct. 27, 2007, beaten and kicked to death during Homecoming Week.

The Gloucester County Nature Club will have a Family Fun Walk through the 1,000-acre Black Run Preserve in Evesham Township on Sunday, Oct. 26 at 12 noon.

These walks are for anyone who enjoys seeing the wonder of the natural world through a child’s eye — but you don’t need children to join these walks with active and enthusiastic kids.

Bring a baby in a backpack, a toddler in tow, grade schoolers, parents or grandparents. Walk at a child’s pace, stopping to look at anything interesting.

The walk will last an hour or so. Dress in layers, according to the weather, but be sure to bring your sense of adventure for this fun walk outdoors.

Up-to-date field trip information can also be found on the Meetup website: www.meetup.com/Gloucester-County-Nature-Club.